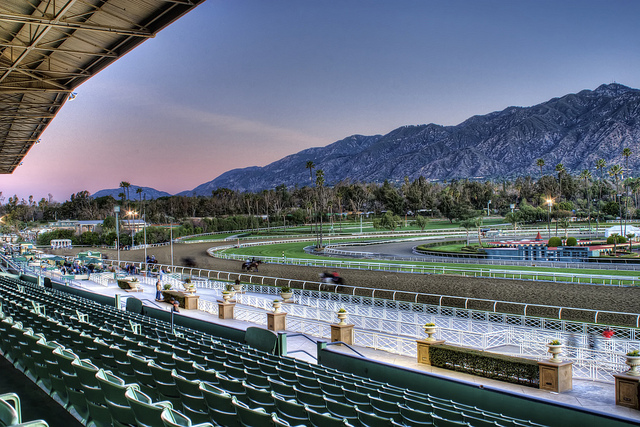 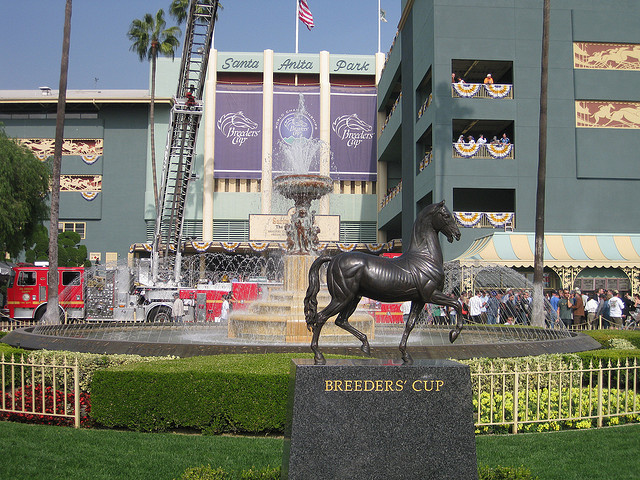 After researching this year’s race, I have found what I expect to be a solid mid-price horse with a good chance to win. Read on for more. At the Breeders’ Cup, 2YO’s are asked to run 8.5 furlongs, which at Santa Anita is around two turns.

This race starts with two time G1 winner American Pharoah (that’s how it’s spelled — perhaps in honor of SNL’s Jay Pharoah?). He has plenty of speed and ran lights out over the track and at today’s distance in the G1 Frontrunner. To be fair, he hasn’t beaten much of anything and hasn’t rated successfully. When the highly-regarded Om got the lead on him in a maiden race, he didn’t run particularly well. However, American Pharoah’s behavior that day was especially unsettled, and it’s tough to draw too many negative conclusions from a horse’s first start.

Carpe Diem was scintillating in winning the Breeders’ Futurity, which was now on the new Keeneland dirt. His Beyer didn’t match the visual impressiveness of the performance. Yet, I’m a bit cautious of putting too much stock in the Keeneland Beyer, especially after only 3 weeks of racing on the track. Daredevil certainly must like the mud — he’s raced twice over wet tracks and been scintillating both times. He has every reason to be a good horse over a dry track, although it is a unknown, so you need to price accordingly.

Moving past the big three, Upstart is another who ran second last out in the slop at Belmont in the Champagne. He has been training well for Violette, who can train them when he gets a good one. Importantly, we still haven’t seen him go two turns, which creates both risk and profit possibility. Calculator is worth a serious longshot look. I like horses that sold at auction for many times their stud fees. Calculator’s sire, In Summation, only stands for $4k, but sold in April for $132,000. He ran a lifetime best in his first route, and may improve his second time out.

The two Aidan O’Brien international entrants are worth deeper looks. The Great War and War Envoy have not raced on dirt, although may very well handle it with War Front as their sire. Neither is terribly accomplished — with only a minor stakes for The Great War and some nice placings for War Envoy. One Lucky Dane had a tremendous maiden win in early October and goes straight to the Breeders’ Cup. Last year’s winner, New Year’s Day won this race straight out of a maiden for Baffert, although it took place one month earlier than One Lucky Dane’s win.

Without a dominant favorite here, I am looking for a potentially underrated horse, and I may have found that in Upstart, who still hasn’t raced around two turns. I trust Violette to have his horse in peak condition, and the work pattern suggest that he will be. I expect him to be about 8-1, although he could get forgotten a bit with the top three contenders (American Pharoah, Carpe Diem, Daredevil) getting more action. He’ll be a bet to win, and possibly in some exotics as well.