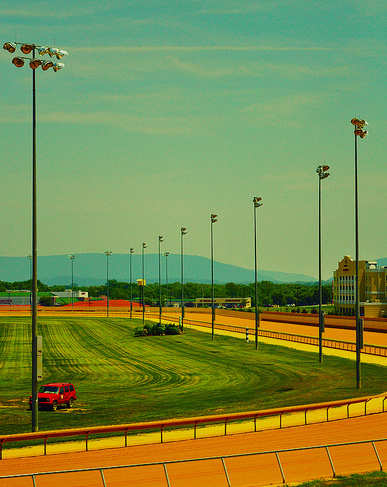 When this site started, I did a feature called “Race of the Day.” It’s exactly what it sounds like — I wrote a preview every day. It eventually ran Wednesday through Sunday. As the site began to focus more on Saturday racing, I discontinued Race of the Day in favor of extended coverage of Saturday and Triple Crown (3YO Campaign) racing. But the Race of the Day was a terrific tool. It permitted exposure to different classes of racing than you see on Saturday. There’s great value in being able to understand the difference between a maiden $5K claimer and a maiden $50K claimer. Or the difference between $5000 non-winners of 1 in 6 months and $5000 non-winners of 2 in 6 months. Playing lower level races can teach the concept of class and help your overall understanding of the game. They can also help take down Pick 5’s and early P4’s — and at small tracks, late P4’s — that tend to be made up of these races.

So, let’s focus on a race #5 tonight from Charles Town (8:51 PM ET). It’s a 6 1/2 furlong $12.5 Claimer for State-bred (West Virginia) Maidens 4YO and up. As typical, there is a significant class drop/class rise for maidens moving from MSW to MC. Let’s run through the contenders and see if we can find a bet:

Analysis: I’ll try to beat Just a Lil Lukey off the bad performance. I prefer a bet on Makana (6-1 ML) and a small bet on Country Sonde (15-1 ML). I’d use those two and add Alternate Route (5-2 ML) to a deeper mutli-race wager.