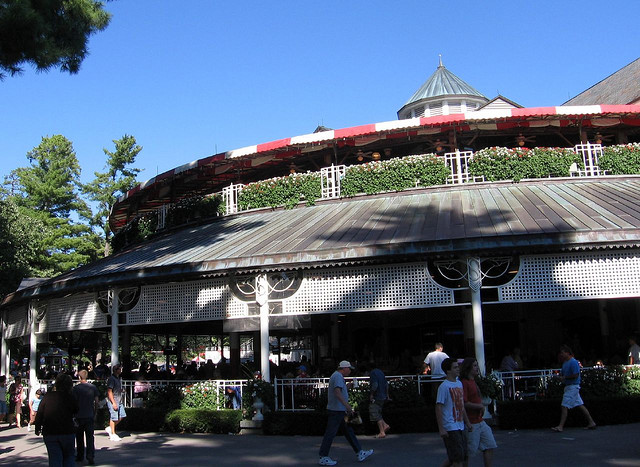 A tough beat last Saturday as Moreno wired the field in the Whitney to break up the ticket. I thought he would have been pressured more, but he got an uncontested lead and never looked back. Hopefully many of the horses come back to run in the Woodward at the end of the month. Here’s the play for this week:

The Late Pick Four starts with what I found to be a tricky non winners of one allowance, and the race centers around Point Roll (#1). He was an absolute no show last out as the favorite. Are you willing to forgive the effort, or was that a sign he’s lost a step? I’m going to give him another shot on Saturday. Note the runner up three back won going away earlier in the Saratoga meet. Analysis (#2) comes out of the same race as Point Roll and finished second at a big price. His last two races on the turf merit consideration. Archer Hill (#4) stretches out to one mile after three turf sprints at Belmont, and he’s the only horse in the field with a win at the Spa. It would also be nice to see Alex Solis get a win the day after his Hall of Fame induction. Last Run (#7) and Giant Jo (#10) are two that figure to be setting the pace, which should set things up for Point Roll, Analysis, or Archer Hill.

Twelve are entered in this turf sprint, one of which is a MTO. Richies Sweetheart (#1) set a track record at Arlington and possesses tons of speed from the rail. She attracts Castellano, who will be sending her from the bell. Kiss Me Lola (#2) is a consistent horse still looking for her first win of 2014. Even though she’s 1-for-10 in her career, she runs well every time and offers decent value at 4-1 morning line. Orient Harbor (#6) broke her maiden a couple of weeks ago and continues to improve for Shug McGaughey. She should get a brisk pace to close into, and she had an impressive kick in the final furlong on July 24th.Ballerina Belle (#10) is another one who likes to come from off the pace. She’s hit the board all eight times in her career. There are a handful of horses in the race who should show early speed, includingPrivately Speaking (#4), Runway Ready (#7), and Insolvent (#11). I prefer Richies Sweetheart of the speed, while the other three on the ticket are midpack runners and closers who have to find running room in a full field.

No Wise Dan in the Fourstardave, but it makes for a wide open race. It’s a competitive field of six, and I’m trying to get by without usingSilver Max (#1). No doubt he will be on the lead, but I also believeSayaad (#5) will put pressure on him early. I’m leaning on Seek Again (#2) and Jack Milton (#3), who both should be rating. Seek Again turns back to one mile after a third place finish in the Manhattan, and Jack Milton was beaten by arguably the top turf miler in the country, Obviously, in the Shoemaker Mile last out.

The Saturday card concludes with maidens going one mile and a sixteenth, and I spread out as much as I could. Coronette (#3) is second off the layoff, had a wide trip last time, and Luis Saez is back aboard.Forensic (#6) continues to pile up minor rewards, but she does have experience at Saratoga. The European import, Trophee (#7), makes her American debut for Christophe Clement.  She didn’t get it done two back as the favorite overseas. However, it’s tough to completely ignore her in this race. I’ll also throw in a couple of first time starters who offer better odds. Siren’s Assault (#4) was a $150,000 purchase, and she does have a six furlong work on the grass to her name. Prayed For (#8) has a five furlong turf work under her belt, and she’s an enticing price at 12-1 morning line.