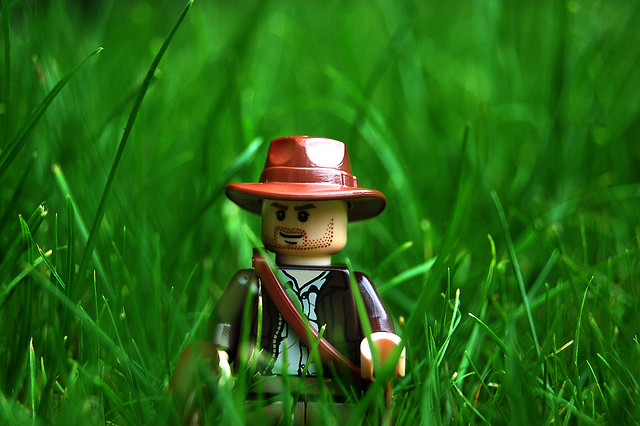 Indiana Jones & The Willingness to Be Wrong

To play the races well, you have to be willing to be wrong. And this means everything involved in losing – the loss of capital, the embarrassment, and, especially, the ego blow. The game is far too competitive to avoid good value propositions simply out of fear of feeling and looking stupid.

An interesting example of the mindset needed for risk taking comes from Indiana Jones and the Last Crusade. For those who might be unfamiliar, Indiana Jones, who is a university archeology professor with a fairly adventurous side, is about to find the Holy Grail, perhaps the greatest artifact in history. Very close to his goal and with his father’s life on the line, Indiana Jones has to pass a series of obstacles to see if he is worthy of possessing the Grail. The first two are riddles, which Indiana Jones thankfully solves just in the nick of time. But the third ordeal is different.

The scene is epic.  Here’s the clip:

He looks down at his father’s journal – and sees a scribble of person walking in the air across to the other side. But when he looks across the chasm, all he sees is air, and a terrible drop to certain doom.  The only solution is to take a step into the air – with nothing under his feet.  He has some evidence on which to base his belief — the picture in the journal – but, based on what he sees, there’s still a pretty good chance that he could fall right down into the chasm. He had to bet everything on his belief that, despite what he saw, he would not fall. He was willing to be wrong.

You need to have an unwavering belief that you will be right over time and an absolute acceptance that you may be wrong often.

Just as Indiana Jones takes a step into the air and passes the point of no return, his foot hits a bridge. Despite not being able to see it, it was there all along. It was a test of his faith, and he only passed when he was willing to take the risk. He had to be willing to be wrong in order to pass this challenge.

Betting well certainly doesn’t require religion and it doesn’t require that you put your life on the life, but it does need require strong conviction. You need to have an unwavering belief that you will be right over time and an absolute acceptance that you may be wrong often. You need to have a deep faith in your own ability and you must be willing to look silly, even foolish, in the short-term. Simply put, you need to be willing to be wrong.

It is, of course, perfectly acceptable to not like being wrong – I can’t imagine any scenario where being wrong actually feels good. But, embracing it as a possibility – even a very strong possibility based on style – is required in order to survive the long-term.