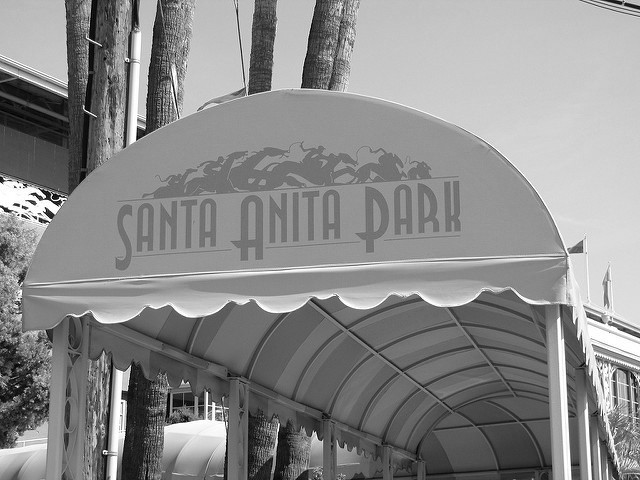 Nothing feels like fall than 2YO’s routing for $300K in a Grade 1 major track affair. That’s what we have with the Frontrunner Stakes, a 1 1/6 Grade 1 later this afternoon at Santa Anita Park. After a summer filled with 5 furlong sprint after 5 furlong sprint, we’ll get on the America Road to the Kentucky Derby (there’s also a Japan and European Road.) It is a win and you in race into the Breeders’ Cup Juvenile. We could be seeing several spots in the Derby starting gate today.

Bolt d’Oro made a strong move on the turn and caught Zatter at the end.

I’m going to do a method of analysis called “How can they win?” I imagine that the horse won the race — moving like a winner — and analyze what clues were in their past performances. It’s a method to lead to longshots.

Zatter: If he gets an easier pace scenario, but might not even need too much of that.  Talent is there, his maiden race was loaded. Also, Baffert. These races are good to him.

Take the one O one: His solid outing in the Del Mar Juvenile Turf built stamina after two straight sprints. Has a nice maiden score (as the favorite) 2 starts back.

Ayacara: The Desormoux brothers can be sneaky. This horse is already proven routing, but he wins only if he improves or the added distance is to his liking.

Bolt d’Oro: He wins if he runs back to his previous races and appreciates the extra ground.

City Plan: Won a slow maiden at the meet for horses that can’t win elsewhere at Los Alamitos. But that maiden was at a mile and improvement from pedigree is certainly possible.

Texas Wedge:  One start. 5 1/2 furlongs. In a maiden claiming race. But super fast. If he runs to that maiden score at a much longer distance. He also wins if he’s bet hard — gossip is Peter Miller likes the windows.

Encumbered: When you have a good 2YO, you have to try him routing on the dirt. Two solid wins at a mile on the turf, including the Del Mar Juvenile Turf. If he likes dirt, he’ll run well. If he loves it, he could win the race.

Solomini: Baffert again. Debut win at 6 1/2 is much closer to 8.5 furlongs — stretch out less of an issue. Wins if he backs up that maiden, which can always be a 2nd start issue.

Continental Divide: A Cal-bred — who won the Graduation Stakes –has yet to run the distance. The horse has significant distance potential and he wins if he loves it.