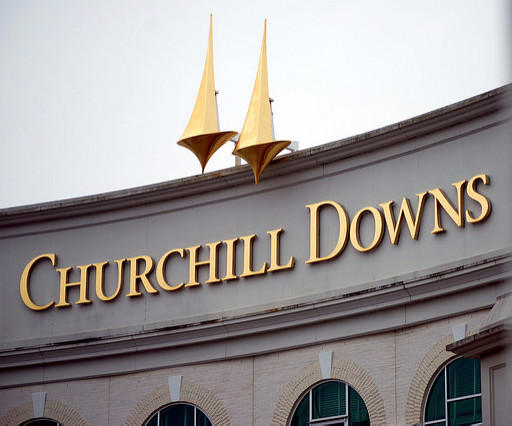 Three maidens from Evangeline Downs are on tap for the third day of the dozen maiden races. At these lower purse levels, you’ll find far different fields — complete with many quick eliminations — from those at Saratoga and Del Mar. The story-lines require a bit of digging, but are just as compelling to the fan of the game.

At smaller tracks (and at all tracks, really), you should never toss a horse based on the morning line. Inside information often moves horses, and sometimes the line is quite off. It’s not unheard of to see several 15/1 or greater lines reduced to 5/2 throughout a card.  This is a fun level, too — and one that we see again in “split” in Race 7.  You’re essentially asking inexpensive horses to do something that they are likely not bred for — turf and distance.  It creates some variability that often leads to value.

The only horse with proven speed on the turf is Dance War (#2, 6-1). The rest are all question-marks and are trying the turf for the first time. It’s quite possible that one of them will take to the turf —  Uncle Carl (#3, 8-1) has some pedigree reasons to do so — although that often is built into the public’s price.  So the key question to this race is:

What is likelihood that the other runner’s in the race will not take to the turf and also that Dance War will run his race after a dull effort last time?

Selection: I’ll take my chances with Dance War, with these connections, at 9-2 or above.

By far, one of the most interesting stats I’ve seen recently came out of this race. Red Delta (#5, 8-1) is out of A.P. Delta who only wins with an impossibly low 1% of his first-time-starters.This is still a shockingly low percentage Granted, Red Delta is a five-year old, so this may, in theory, apply a bit less. That said, the only winner on debut for A.P. Delta went off at 8/5 odds. Thunder Bill (#7, 2-1) is 0 for 25.  Mouton goes with apprentice Odilon Martinez and hopes to finally find the winner’s circle today.  He might, but these horses tend to be bad bets. I much prefer Mr. Rossini (#10,5-1) on the outside. It’s only his seventh career start as well. He’ll go out for the lead and likely is rounding back into form. Tee Top Cat (#12, 30-1) is not that much worse than these and might be worth a flyer.

See Race 5 for analysis of this level. There’s a bit more proven turf speed in this maiden, but Throwsomelimeonit (#6, 2-1) has been a new horse since taking to the turf.  The most speed on paper puts him on top. Fitz Perfectly (#9, 7/2) is interesting and could very well steal this on the front end, if he takes to the turf.

Selection:  I’ll take Throwsomelimeonit. There’s always risk after two big efforts, but both of those were against fields in which he was an outsider (at least according to the odds). He figures well in this group, and he’s a solid play down to a legitimate favorite’s bottom level price of 8/5.