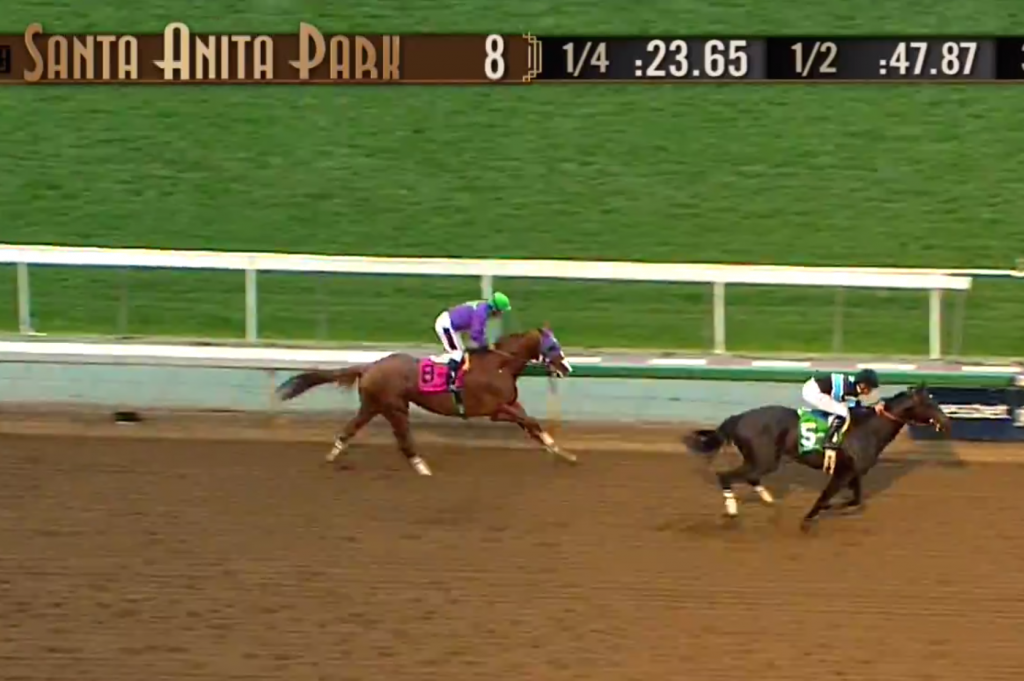 An Amazing Saturday in February

Even though Punxsutawney Phil saw his shadow, I consider winter unofficially over after yesterday’s terrific day of racing.

Here are my top 5 moments of the day:

5. Far from Over rallies after blowing the break in the Withers.

Far from Over at the break was so bad that you may have been tempted to walk away if you had bet him. But sometimes being way off the pace is the place to be. Ran a 96 Beyer, good for this time of year. One to watch.

Constitution takes the mantle of best horse in training in the East…at least yesterday and over the Gulfstream surface. Ran a 113 Beyer in putting away the speedy Lea.

It’s been a challenging winter for New York Racing, but Irad Ortiz had one of the moment’s of the meet with 5 winners on yesterday’s card. He’s an aggressive rider to say the least, and he’s got a bright future.

Here’s his stakes win on Salutos Amigos earlier in the day (he won the first 3 races):

I watch tons of racing. It’s why I named this site “All Day Racing.” But I don’t remember the last time I saw a horse rally like Dortmund did yesterday. He was finished, passed by Firing Line by almost a full length, when he just decided to stop tiring. Very impressive, and I’m starting to get behind the big guy. Super Beyer of 103.

Shared Belief is the best horse in the US and I have always thought him better than California Chrome (and was vocal on Twitter about him earlier in the day.) It was great to see him prove it on the track. I’ll continue to drop everything whenever Shared Belief is running — sensational athlete.