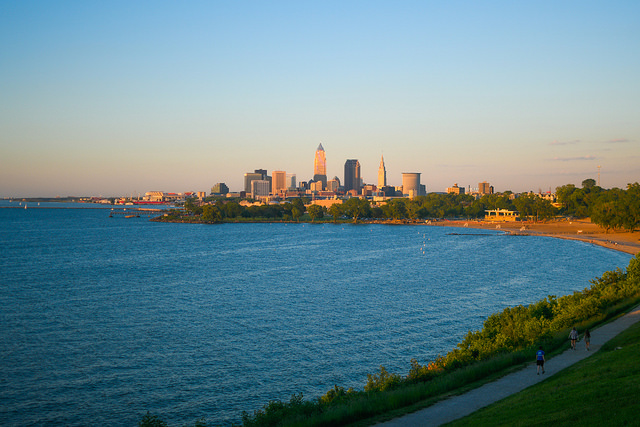 We return to my hometown of Cleveland, Ohio for the Grade III Ohio Derby. It’s a 9 furlong race restricted to 3YO with a purse of half a million dollars. It’s the featured event of the Thistledown meet and always a good test of 3YO after the Triple Crown races. The track is currently listed as fast (as of 1 p.m. ET Saturday), although more rain could be on the way. With thunderstorms in the forecast, it’s worth watching the weather and how the track plays throughout the day. It highlights a 10-race card with 2 other minor stake routes for older horses.

A large field will go forward, even with the scratch of Last Drop of Wine. There are some familiar names in the eleven-horse lineup for those who followed the Triple Crown. Flameaway was very competitive in the Kentucky Derby preps. He finished first in the GIII Sam F. Davis and second in the GII Tampa Bay Derby, both at Tampa Bay Downs. He then ran second to Good Magic — probably the second best 3YO — in the Bluegrass, before finishing 30 lengths behind Triple Crown winner Justify in the Derby. He’s 5 for 10 in this career. He’d likely appreciate the track remaining fast, although he does have a win over a sloppy surface as a 2YO in the GIII Bourbon Stakes. He’ll be up near the lead but has shown an ability to stalk. The distance shouldn’t be a problem — he ran well at 9 furlongs in the Bluegrass. He’s fast enough to win.

Lone Sailor returns after runs in the Kentucky Derby and the Preakness, both over sloppy tracks. He comes from off the pace and showed improvement in his final Derby prep in the Louisiana Derby, where he finished second to Noble Indy. He was right there at the finish line in the close ending to the Preakness, only 2 lengths behind Justify. Irad Ortiz maintains the mount from the Preakness. He only has one win from ten starts. Like Flameaway, on his best he’s fast enough to win and shouldn’t have trouble with the distance. Diamond King ran in the Preakness after his win in the Tesio Stakes at Laurel. He was well-beaten that day. He’s yet to put up at Beyer Speed Figure that would make him competitive today. His trainer, John Servis, is more than capable, so it’s surprising to see him try these races with his limited speed. He’d need improvement — something not out of the question for mid-summer 3YO — to be in the mix today.

The rest of the field did not contest the Triple Crown but instead took different paths to get here. There’s plenty of speed in the “new shooters,” led by Core Beliefs who ran well in the GI Santa Anita Derby and finished a strong second in the GIII Peter Pan. Still relatively inexperienced with only 5 starts (3 of those are maiden races), he has the speed to be competitive today. Joe Talamo picks up the mount for the first time. Title Ready ran well in the Sir Barton, behind Ax Man, who failed as the favorite in the Matt Winn. He also had a nice performance in the Rebel, leading early before falling back in the stretch. He’s never run 9 furlongs, so that remains a question for him and his trainer Steve Asmussen. The speed is there to be competitive if he appreciates the distance. O’Kratos ships in from Woodbine where he’s been a different horse through the spring. He won a first-level allowance and then the GIII Marine at 8.5 furlongs. Like Title Ready, he’s never gone 9 furlongs and never shown this speed on conventional dirt (Woodbine is an artificial surface). He’s a bit of a wildcard as he’s been winning and doing it with nice speed pressing the pace.

Trigger Warning has speed, but he’s only shown it sprinting. His best win was in the Tom Ridge from Presque Isle over an artificial surface. His route tries are unremarkable. He would have to show new dimensions to be competitive today. Machismo either hasn’t appreciated the 9 furlong distance or fell off form after his 4th in the GII Fountain of Youth. He’d need a major turnaround to hit the board today. Dream Baby Dream is a bit too slow to find the winner’s circle (absent some improvement). He’s also only 1 for 10 in this career. His best performance was a second in the GIII Sunland Derby. Caloric broke his maiden in a claiming race and then was claimed for $16K next time out at Gulfstream. He hasn’t run the distance or a speed close enough to be competitive. Takedown has run the distance — in the Tesio — but is too slow to be competitive in this group.

Analysis: I expect the race to come down to Flameaway and Core Beliefs. Flameaway is a proven winner, although the track surface could come into play. He’ll also be a short price. Core Beliefs is talented and, while he’s inexperienced, he has two solid runs at the 9 furlong distance. A slight improvement — something possible with the layoff since the Peter Pan — puts him on top, hopefully at a price as others go for the two Kentucky Derby runners.