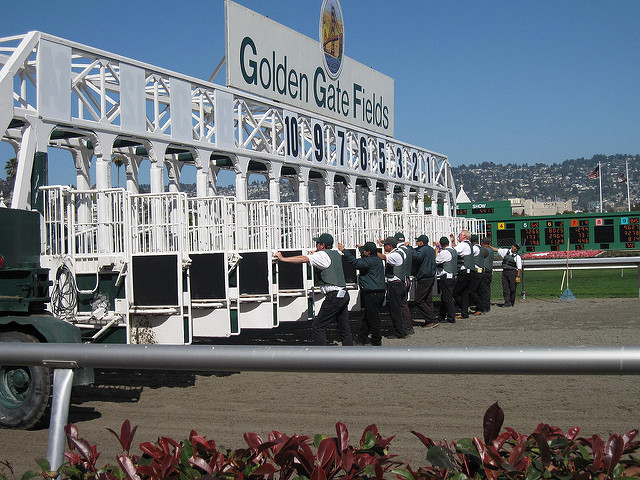 We’ll head up the coast to the Bay Area for the California Derby at 3:55 p.m local time. At Golden Gate Fields, it’s a local prep for the El Camino Real Derby — their Kentucky Derby Prep race. Combined with the Spiral from Turfway, these two races create an artificial surface path to the Derby. Today, we’ll hopefully see if any of the horses show enough prowess routing over the fake dirt to earn the right to fight for consideration for the Kentucky Derby.

Let’s run down the field (after scratches):

There’s a decent amount of early speed, which sets the race up for Kylemore, who brings a good resume. I expect him to win the rematch with Mugaritz, coming off the pace. Generally Lucky should find his way into the trifecta at 30-1.