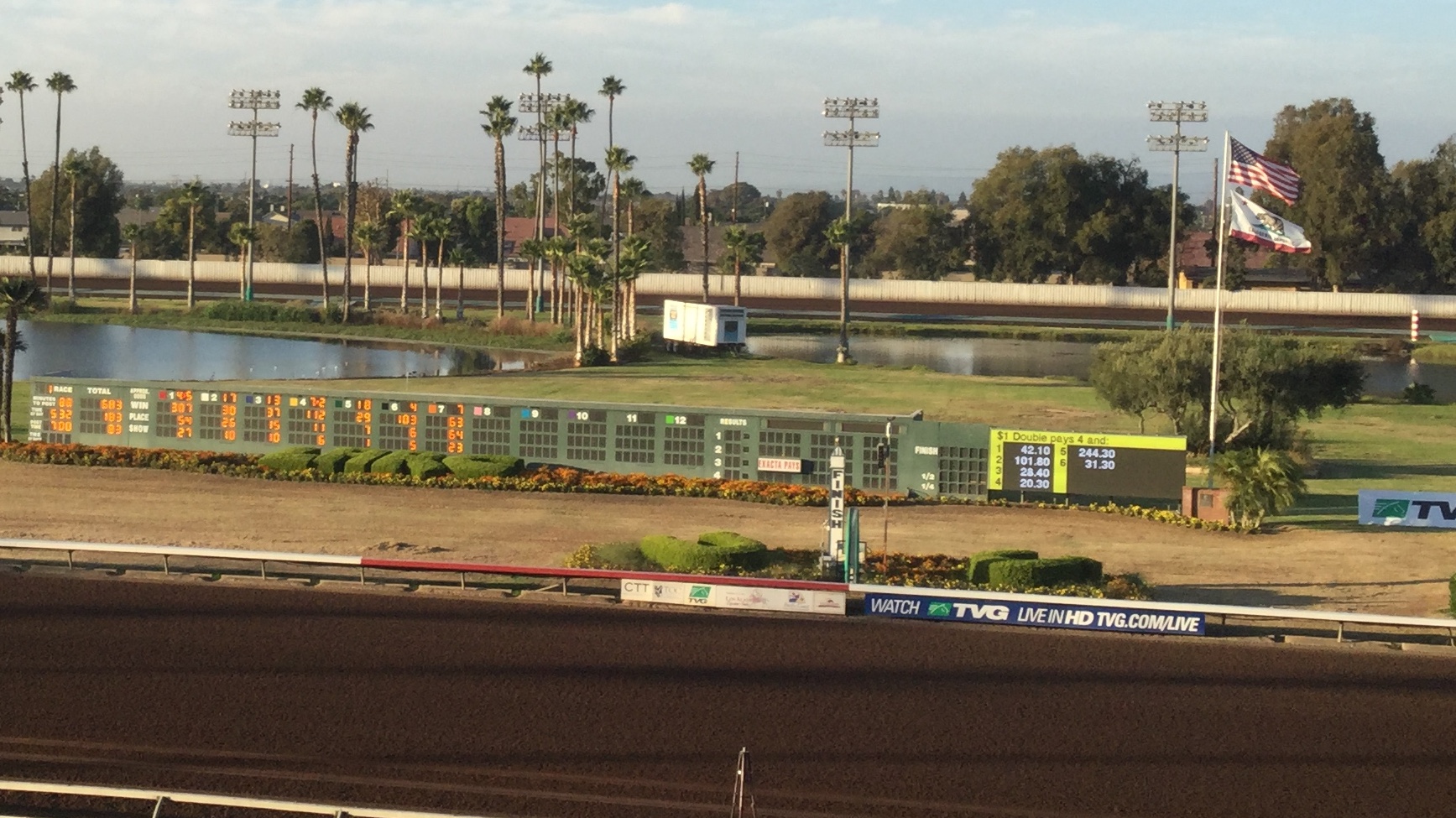 Racing resumes at Los Al today after an incredibly tragic day yesterday due to the wildfires spreading to San Luis Rey Downs. Many heroes and many backside workers are still in need. Please check twitter for information on helping.

At Los Al, we have a Grade 1 affair for 2 year olds. The downside? Only 5 runners will go postward. The upside? It’s part of the Pick 5, where smaller fields have a way to turn into bigger payments. The race is 8.5 furlongs and on dirt — and with 2 strong Baffert favorites. You can use the race as a “free square,” or perhaps, try to beat them and turn the P5 in your direction.

Here are the 5 entrants:

Analysis:  I’m going to stay away from the impressive maiden winner McKinzie and instead look at Solomini or Runaway Ghost to have a great through. For Him is good for the up-the-track spots in the exacta and trifecta.

Good luck at the races.